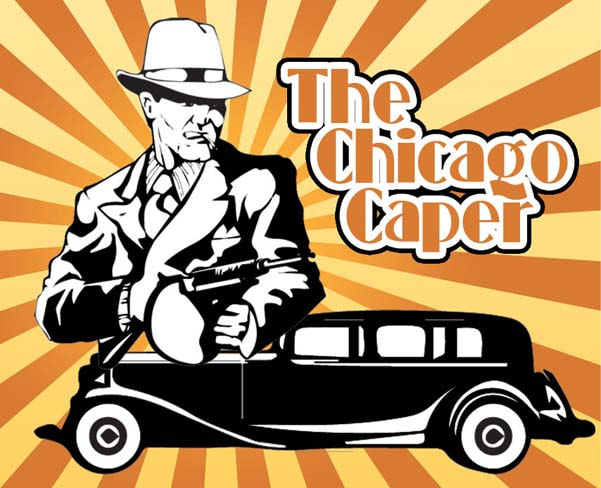 ​Our Online Murder Mystery Party is the perfect experience to do (virtually) at home with friends and family who have a knack for investigation.

You’ll get a set of instructions, character bios and a detailed story line about a murder crime, which you will work together to solve. Each person in your group will get their own character to play in the scenario, and they each have their own question guidelines and intents to play towards. As a group, you will pull the different pieces of information together to ultimately solve the big questions of the game; Who did it? Why did they do it? What weapon did they use?

And to make it extra fun, we strongly encourage you to dress the part! We guarantee it will be a fun, memorable time spent with friends & family!

• Sheet of secret clues with summary of findings

• Diagram of the crime scene

This one takes place in September of 1920 in Chicago, Illinois.

"Chicago gang leader Harold "Hal" Coppone was released today from Awsume State Penitentiary near Philadelphia after serving a six-month term. Coppone, who was jailed for carrying an unlicensed weapon, was met by a group of his men - among them was Chicago gangster Joey "The Rattlesnake" Ratello, chief suspect in the recent killing of Marco "Machete" Molino - and departed quickly in a powerful seven-passenger Lincoln Touring car. While he had nothing to say to the press, Coppone and his men were undoubtedly headed back to Chicago where, it is rumored, they have more than one score to settle."