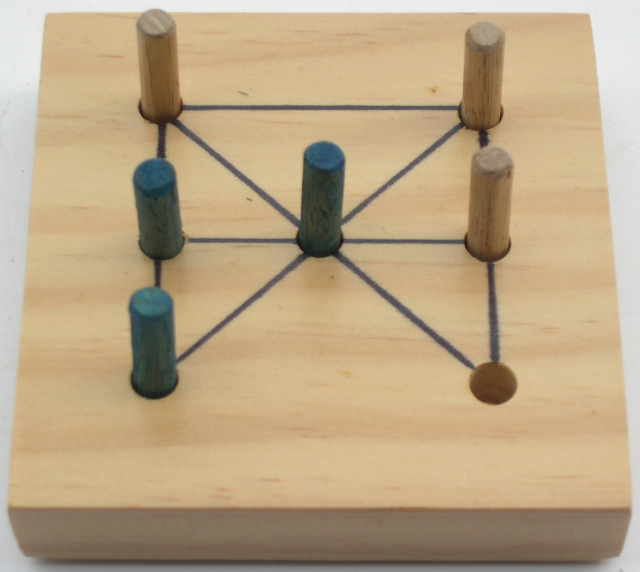 Madelinette is a simple board game which can involve strategic moves or can be played by younger children just for fun.

Equipment: Board; Three pegs per player (total of six pegs, in two colours)

Aim: To block your opponent so they cannot move.

1. Timber board and then place the six pegs on the points , leaving the middle point vacant. Players toss a coin to decide who will go first.

2. Each player takes turns to slide one of their counters to the vacant point on the board, with the aim of positioning their counters so that their opponent's pegs are blocked and cannot move.

3. The winner is the player who prevents the other player from being able to move any of their pieces.

Hint: Think about where you would need all the pieces to enable you to win and then work out a strategy to force the other player into that position.